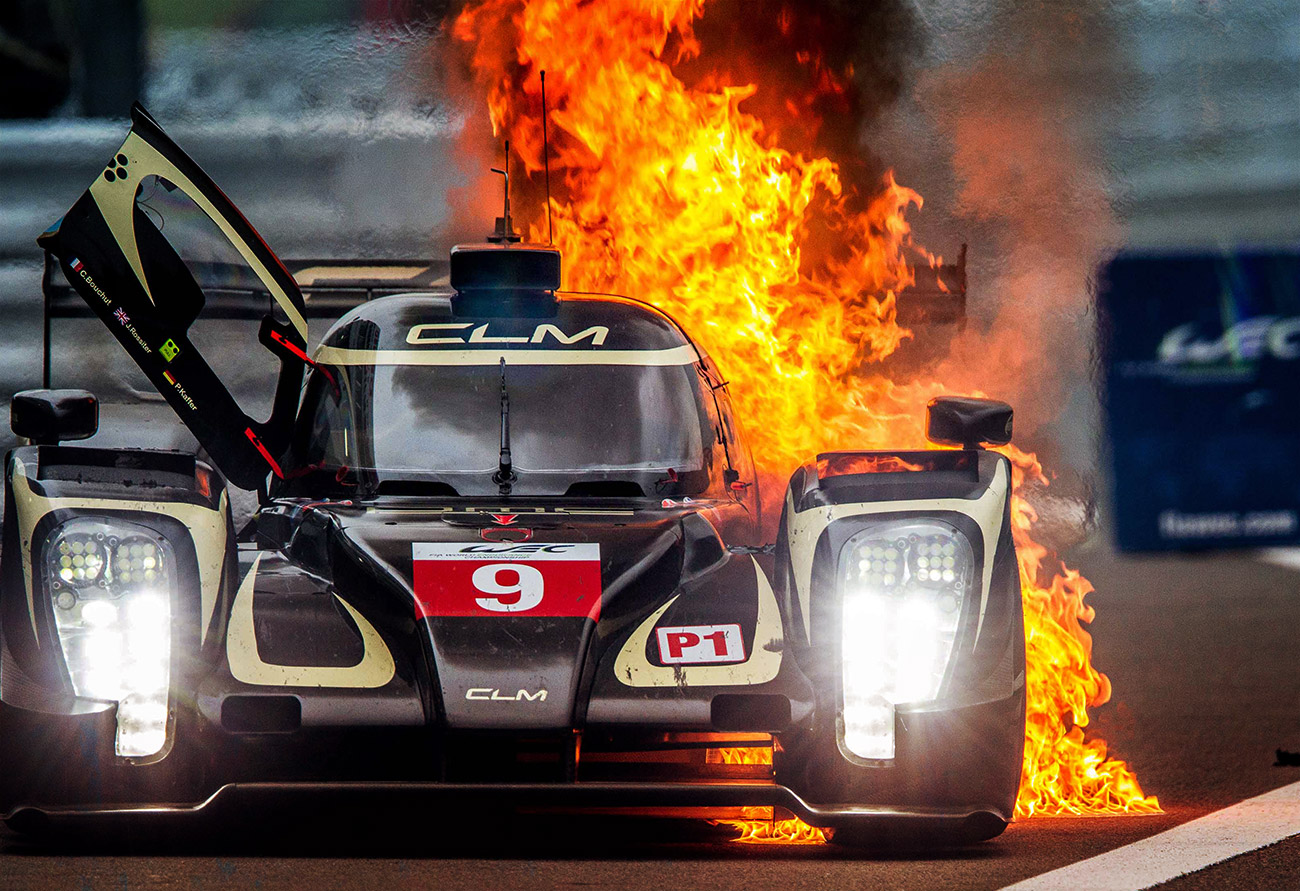 VIDEO: NO INJURIES FOR BOUCHUT AFTER LMP1 FIRE

Yesterday in Japan, for the WEC Fuji race, Christophe BOUCHUT was fighting for the lead when his LMP1 suddenly caught fire! Fortunately the 3-time world champion managed to reach the pit lane and escaped the car while the flames where already ravaging the cockpit. He is safe, the Rebellion Racing mechanics were first to fight the fire, but the Lotus proto is severely damaged.

I just lost a few eyebrows, thanks to my helmet and my fire-proof track suit!

With just over an hour remaining in the FIA World Endurance Championship’s 6 Hours of Fuji, the #9 Lotus CLM P1/01 was headed for what might have been a class victory, its Advanced Engine Research P60 twin-turbo V-6 LMP1 engine performing flawlessly; unfortunately the Lotus caught fire out on the course at five hour race distance. Christophe BOUCHUT, who was behind the wheel at the time, was fortunate to make it back to the entrance of pit lane, where the pit crews from Lotus and its primary on-track class rival, Rebellion Racing, managed to extinguish the blaze.

“To have such a strong run, and end like this is disappointing,” said Andrew Saunders, Engineering Manager for AER, who was in the pits at the time of the incidence. “The Lotus was running second in class at the time and Rebellion’s leading car later made a several-lap pit stop, which would likely have put the Lotus into a leading position.” 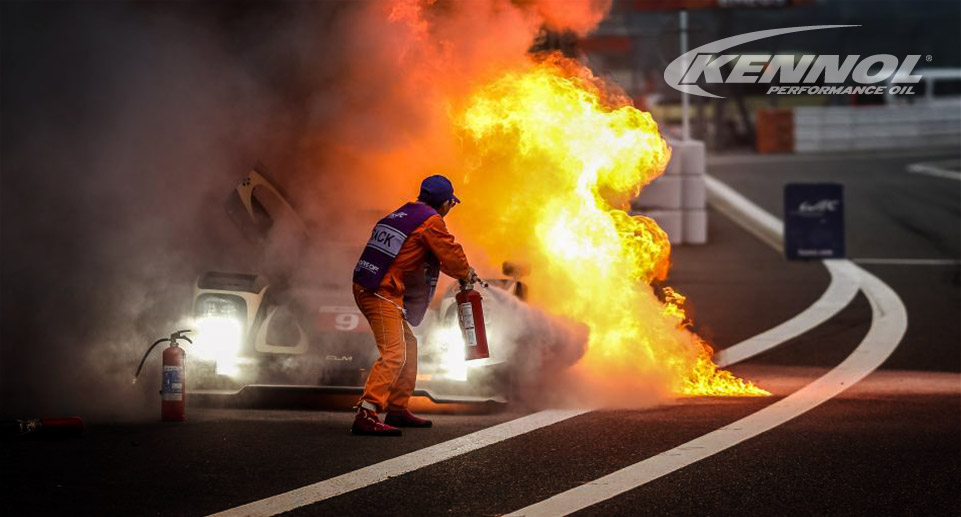 Saunders noted that the engine and chassis were both extensively equipped with sensors and that an analysis of the data indicated that the root cause of the fire was a failure of the car’s low pressure fuel system. None of the P60 engine’s vital ancillary components were damaged.“Everyone is disappointed, of course, because it seems this issue cost us a possible class victory and an almost definite second place finish, in addition to the cost of the damage sustained to the car and engine. From our perspective, having the P60 in a position to fight for a win in just its second race would have been excellent. We remain encouraged by the progress of the package and the unlocked potential for further progress, and look forward to coming races.”

Reflecting on the bigger picture, Saunders said he was pleased with the performance of the new engine. “The P60 hit all of its performance targets,” SAUNDERS said. “This engine has been fitted since the debut test of the Lotus LMP1 in July, and now has covered several thousand kilometres at race pace without fault. Once again here at Fuji Speedway the engine ran flawlessly in practice, qualifying and the race. This engine is designed for the WEC LMP1 class, it delivers high power for the mandated available fuel and in parallel produces excellent fuel economy. The three drivers, Christophe, James (Rossiter) and Pierre (Kaffer) were very complimentary about the engine’s performance and drivability.”

If you watch at the video, you see hos fast Christophe has been to park in the pitlane on a safe area so that other cars may not be in danger. But you also cannot help but thinking that the firefighters are damn logn to enter the game… Almost 3 minutes after BOUCHUT is out of the Lotus, the 1st truck comes in, backwards, while mechanics from Lotus and Rebellion Racing are fighting the blaze since the beginning. Even the track marshals help but seem not to know how to use the fire extinguishers, or to locate the potential sources of fire in the blaze.

The next round of the WEC is at Shanghai, October 31 – November 2. Let’s hope the team will be on time with a new chassis and prototype for the race. 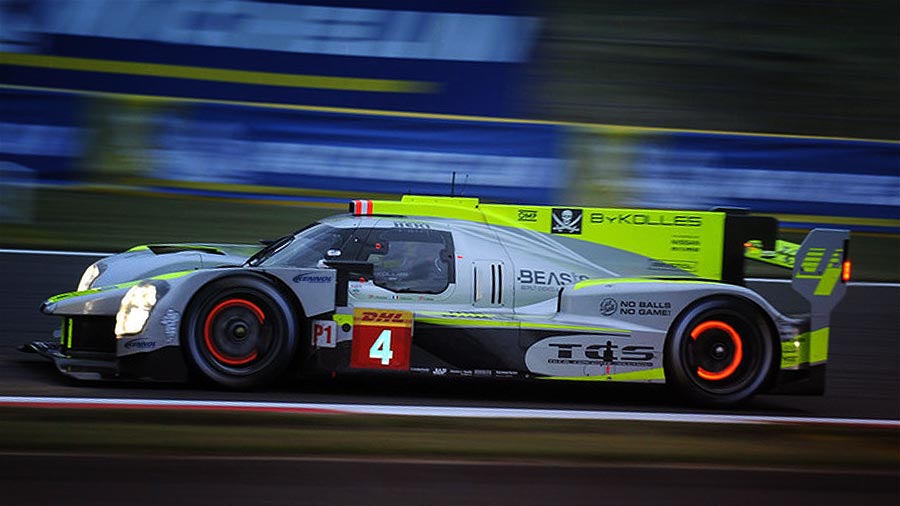