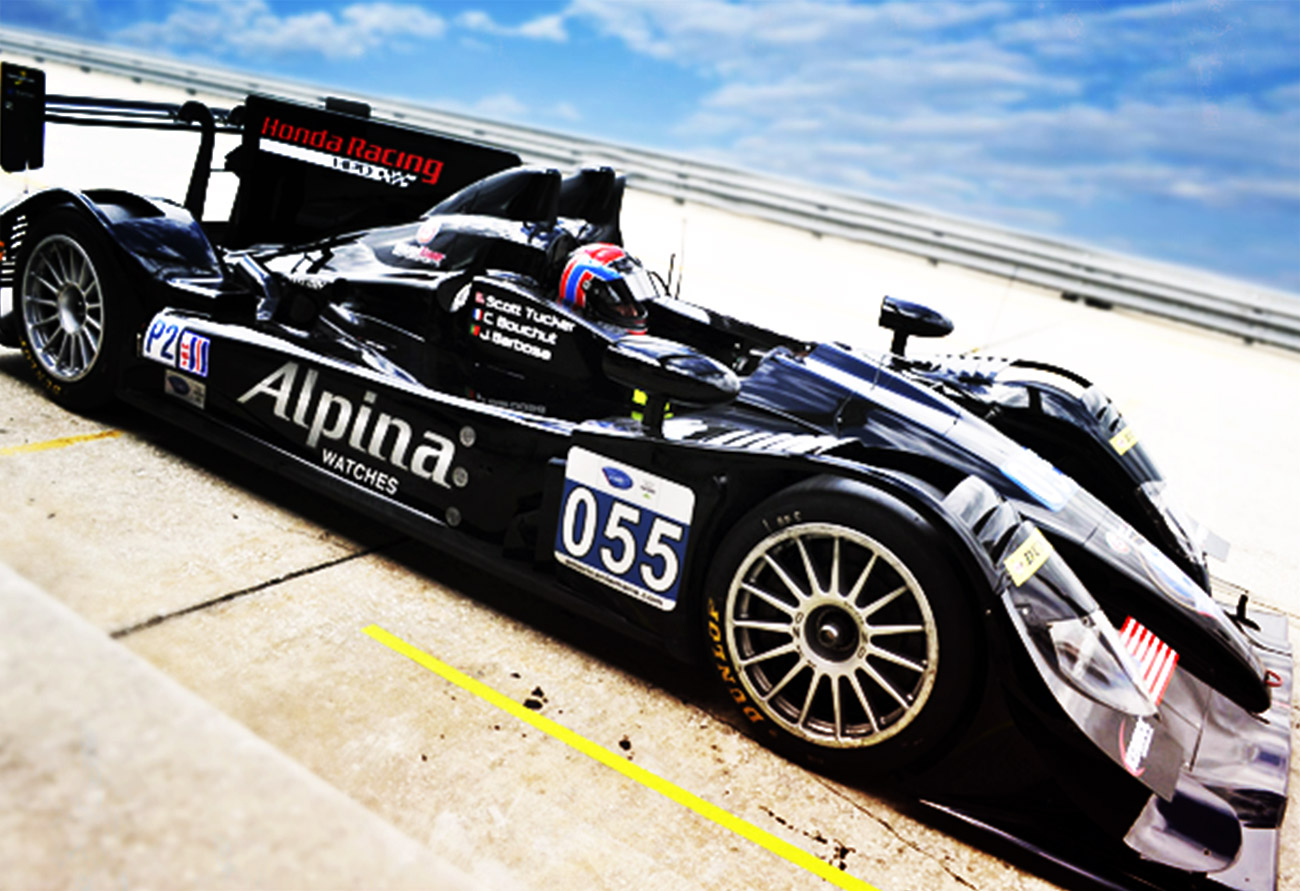 For the 3rd time in 3 years KENNOL wins the 12hours of Sebring, one of the most demanding Endurance races in the World. And this year the FIA World Endurance Championship opponents couldn’t face the Level 5 team, who even ruled most of the LMP1 prototypes! After an amazing 2011 season, it seems that it’s going to rain victories this year again, since the #055 HPD prototype finished far ahead from any other prototype of the 2012 ALMS championship…

My hats off to the entire team who did an amazing job!

Five-time national driving champion Scott Tucker joined Level 5 Motorsports teammates Christophe Bouchut and Joao Barbosa on the top step of the American Le Mans Series presented by Tequila Patrón P2 podium in Saturday’s Mobil 1 Twelve Hours of Sebring fueled by Fresh from Florida, winning America’s oldest endurance race for the third consecutive year following its dominating performance. But the ALMS P2 class win for the No. 055 Alpina Watches-sponsored Honda Performance Development ARX-03b didn’t come without its challenges, as an accident in Friday’s qualifying resulted in the David Stone-led team pulling an all-nighter to get its prototype ready for the season-opening race.

While it was Level 5’s No. 95 HPD of Tucker, Luis Diaz and Ryan Hunter-Reay that paced the opening stages of the race, an error by a GTC Porsche in the fourth hour knocked the IndyCar star out of the lead and ultimately led to an early end for the team’s second entry. All hopes of a repeat P2 victory turned to the rebuilt No. 055 car, which started from the rear of the grid due to a tire change and the overnight rebuild. An impressive quadruple stint by Tucker, however, saw the defending P2 champion move up to second in the ALMS class before handing over to Bouchut and Barbosa to complete the driving duties.

Both drivers also enjoyed time out front, often ahead of the entire WEC LMP2 field. While Barbosa battled tooth-and-nail with the Starworks Motorsport prototype for the overall LMP2 lead, the focus was clearly on taking top ALMS honors, which Level 5 accomplished in convincing fashion. The No. 055 HPD of Tucker, Bouchut and Barbosa finished 21 laps clear of the competition in its class. “Our team is very happy,” Tucker said. “It was a great effort by everybody. To get a top-five finish overall and winning the ALMS class and mixing it in the WEC battle is really incredible. While there were a couple of different races going on at the same time, we focused on the ALMS prize. This is our third straight win at Sebring, which makes me real proud of the entire team’s achievement.”

▌ NO BETTER WAY TO START THE 2012 SEASON

With its fourth-place overall result, Level 5 was the highest-placed American Le Mans Series finisher. It was an even more impressive accomplishment considering the level of competition from the more powerful LMP1 category, which had 11 entries, including three factory Audis prototypes. “We did a lot of work, especially the mechanics, who worked through the night to get our car ready,” Bouchut said. “The car ran very well, so we’re very happy to win our class in the ALMS. That was the main target of the weekend. Of course, we’re a little disappointed to finish so close to the WEC car, but it was a good Saturday night show for the fans.”

At the end of the day, it was mission accomplished for Level 5, which takes an early lead in the P2 championship standings in Tucker’s bid to become a three-time American Le Mans Series class champion. “Our clear goal was not to get in a dogfight with the WEC cars as our focus has been to win the ALMS championship,” team manager David Stone said. “We won the ALMS race today and that’s what was most important for us.” “We didn’t really have a single problem with the No. 055 car,” Stone added. “The guys did great pit stops all through the day and night and the drivers didn’t put a wheel wrong. This is a great win for the entire Level 5 team and gives us great momentum for the rest of the season.”

Next up for KENNOL and Level 5 is the Tequila Patrón American Le Mans Series at Long Beach, scheduled for April 13-14. The race will be broadcast live on ESPN 2 at 7:30 p.m. ET and will also be shown live on ESPN3.com or ALMS.com.