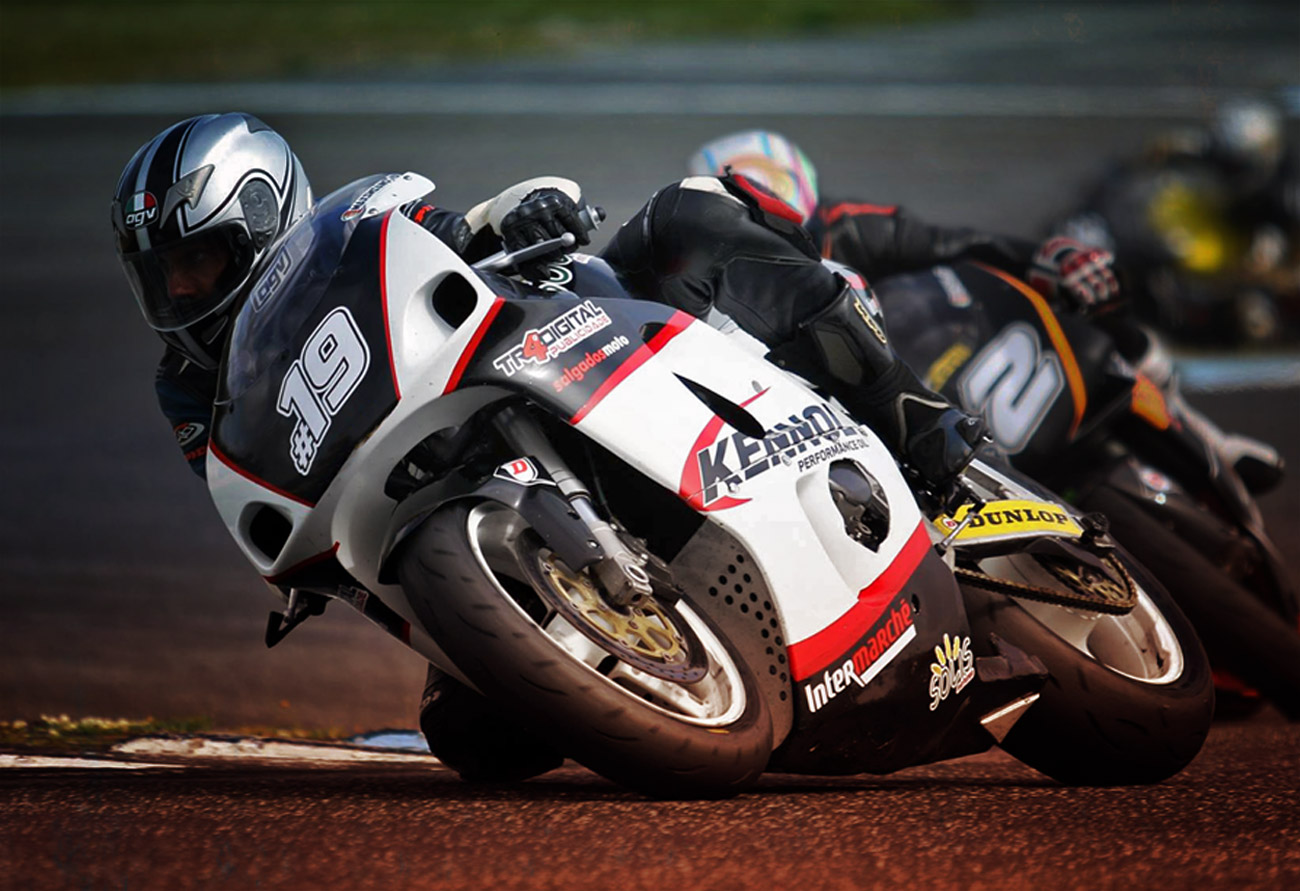 People tend to think that KENNOL is all about cars, because this is where we come from. But the recent upgrade of our motorbike engine oils is the perfect occasion for having a look at some of our partnerships with 2-wheelers! And for once, let’s see how our partners are doing in 2 different countries and series. Are you ready for a fast ride in French Sportwin Cup and in Portuguese Speed Championship?

The Estoril circuit received the first race of the 2016 Portuguese Speed Championship last week-end. It was with the blessing of the rain that began the 2016 national speed championship. This first round was the meeting point of almost 70 riders, divided in several different categories, and the whole event was under organization of the Estoril Motor Club who made a perfect job despite mixed conditions of the track.

Saturday was dedicated to the first free practices and qualifications for some classes, with a little more action by the end of the day, with the first race of the new Cup Estoril Dunlop Motoval, a series that brought together 24 riders on track, all amateurs, who officially opened the season on the Estoril Circuit.

The main dish of the week-end was served on Sunday, with all other races on the agenda, and the second Cup Estoril Dunlop Motoval race. It was rain more than riders who was to decide the outcome of the main race of the program, that put on track Superbike and Superstock 600 motorbikes. Rui REIGOTO in pole position, after being fastest in qualifying, was however unable to contain Tiago MAGALHAES at the green lights, who took the best take-off out of the 15 contenders on the grid.

The first lap saw him take the squad command, followed by REIGOTO and Ivo LOPES, the best of the 600, with only 1 fall, Rui MARTO, just before curve 3. The 3 leaders quickly put some distance with the competition and were battling for the lead, when LOPES achieved a great move over REIGOTO who missed his braking point. MAGALHAES took this moment to take off, it was half-race, and the rain was back… REIGOTO risked more, and took over MAGALHAES pretty fast, despite his 3 seconds lead.

With the rain increasing in intensity 6 rounds before the checkered flag, the red flag was inevitable and thus Rui REIGOTO who won because he was the leader in the previous round. Tiago MAGALHAES got the second position, and Ivo LOPES the third overall, and won the Superstock 600 category. The Sunday was also marked by the victories of Bernardo VILLAR in the Classic – a race decided on the final lap when the rain betrayed Rodrigo AMARAL and former national champion TT fell at turn 2 – VILLAR leaving alone at the front. Andrea BATTISTA was the winner in both races of the Dunlop Cup Estoril Motoval, and the same happened with Antonio MAXIMIANO, driving one of the 2 KENNOL-sponsored Suzukis, the best among the riders of Luis Carreira Eni Cup. In Moto 4 the victory went to Outerelo Angel, also winner in the North / South Trophy, with Paulo Leite to be the winner in Prémoto3.

Franck PERROT is the 2015 French Endurance Classic Vice Champion, and as soon as Endurance is involved, you can bet that KENNOL is interested! For 2016, he decided to change and is now enlisted in French Sportwin Championship, with a Suzuki 650 SV. For this motorbike, the team uses KENNOL GRAND PRIX 10W50 4T in the engine, because of its very good viscosity and great additives. The top-notch performances levels are validated by API SL and JASO MA2. According to the type of circuit, the 3 fork oils find their track time. The first race of the season was a blank one, since the weather conditions forced the FFM to cancel the event, on the tricky track of Ledenon. Famed Circuit Carole saw the riders 2 weeks ago, and they were hungry! The KENNOL-sponsored Suzuki encountered engineering issues for the practice sessions and the qualifying was difficult because of that. Starting in 19th overall position (5th in category), Franck PERROT took a very good start, now that the engine was running faultlessly. Avoiding a fallen contender in the turn 1, he keeps pushing, and after a few laps stabilizes in 10th overall and P2 in Sportwin category! The second race saw the same talent racing for the same result.

With 2 podiums in 2 races, PERROT seems to adapt pretty well to this new category, and no doubt that we will have the pleasure to see him again on the box before the end of the season! 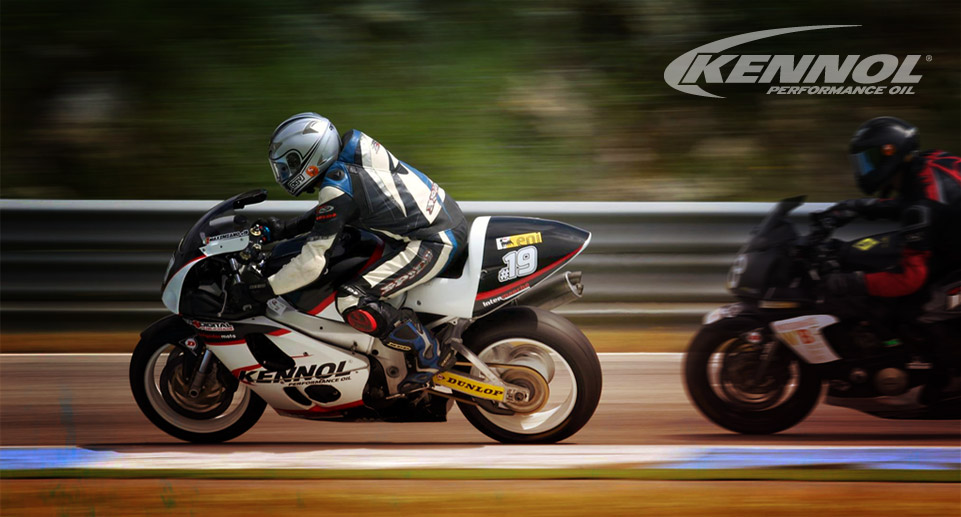