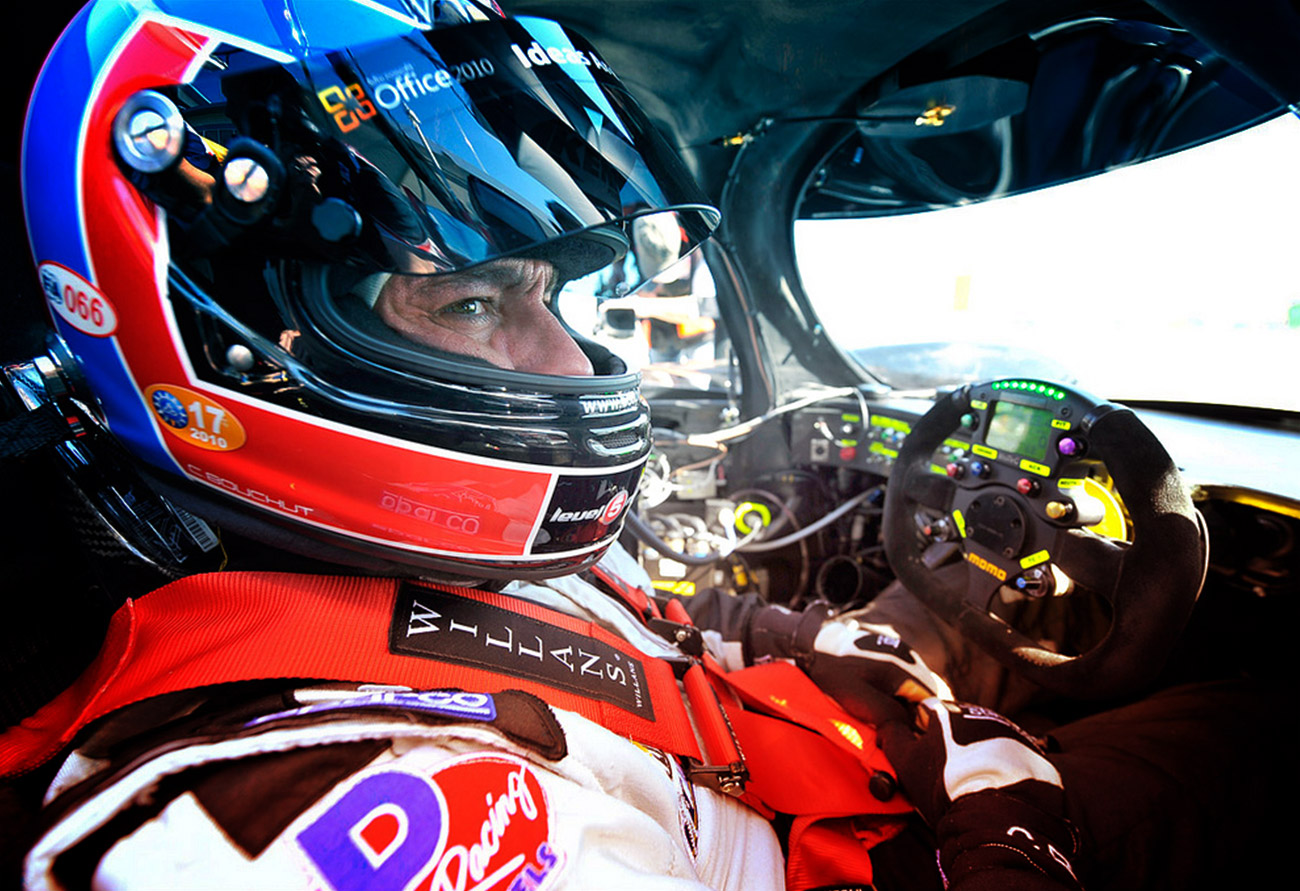 KENNOL feels at home at Sebring International Raceway, no matter the category! After an incredible victory over the LMPC category in 2010, the team struck again last weekend, winning an intense fight in LMP2, with TUCKER, DIAZ and HUNTER-REAY crossing the finish line more than 10 laps before the 2nds, in their brand new Lola HPD, received 7 days earlier!

Apparently, do not be LMP2 leader here in Sebring,
because as soon as you take the lead, problems arise!

After an inaugural 2010 season consisting of 3 races spread across 3 continents, the Intercontinental Le Mans Cup is packing in North America. The avowed goal of this new world championship managed by the ACO, the club that has organized the 24 Hours of Le Mans since 1923, is to give the Endurance events a global framework, and to give the big committed builders the means to fight. sportingly in the four corners of the planet. Thus, lovers of this branch of motor sports will not only discover a championship of choice, but they can also easily go to one of the events. Thanks to the ILMC, the Endurance goes even more to meet its fans.

8 of the most respected car manufacturers have entered this championship. Throughout the 7 rounds of the calendar (including the 24 Hours of Le Mans), Aston Martin, Audi, BMW, Corvette, Ferrari, Peugeot, Porsche (all present at Sebring) and Lotus (which will debut at Spa-Francorchamps in May for the 2nd race) will fight a merciless battle on the track. In addition, major engine manufacturers such as Toyota, Honda or Nissan offer direct support to private teams, as HPD (Honda Performance Development) has demonstrated with our 2 Lolas HPD Level 5 Motorsports.

And last March 19, to launch the 2011 championship, the teams ran the 59th edition of the 12 Hours of Sebring. The 20 ILMC entries, added to the nearly 40 ALMS competitors, were lined up on a grid of 56 vehicles, to start this major event, at the heart of the American Endurance! Indeed, Sebring is the oldest trail in the US, and its route, bordering the airport, is one of the most demanding, because of a tarmac of the most irregular. The perfect test, life-size, to test machines and men before the big appointments of 24H …

▌ RECEIVE YOUR PROTOS 7 DAYS BEFORE AND WIN DESPITE ALL …

For the second consecutive year, Level 5 Motorsports (and its partners Microsoft, Alpina, Michelin, KENNOL and VP Fuels) wins in these legendary 12 Hours of Sebring, with a startling debut for its 2 Lolas HPD engaged. The Lola Spyder HPD No.055 finally outclasses everyone after an epic race, with team owner Scott TUCKER at the wheel, Indycar series star Ryan HUNTER-REAY and 2009 ALMS-LMP2 champion Luis DIAZ. The second Lola Coupe HPD No.33 prototype finished 4th with TUCKER (still a double-teammate!), the now unmistakable Christophe BOUCHUT and the 2010 Daytona 24H winner Joao BARBOSA.

With the 2 Lola Level 5 in P1 and P2, he started to blow a double wind in the paddock. But after taking the lead, No.055 lost a nut. And with, his left rear wheel … A mistake of the race organization added to the problem, which made losing dozens of laps. The surrealistic incident is detailed by Luis DIAZ, so at the wheel: “We were at the top of the LMP2, but at the beginning of my second stint, a wheel came loose and I had to stop on the circuit. We’ve already lost 20 minutes there … And believe it or not, the guy driving the flatbed truck got lost on his way back to the paddock and so we lost even more time – it was amazing! ” Subsequently, No.33 broke a suspension after being touched by MULLER aboard his BMW M3 GT. The heavy repair carried out in the stands lasted more than 45 minutes …

“It has been a great week for Level 5 Motorsports. When we switched to the LMP2 category, we knew we had some work to do. And we are delighted to leave again after a big race and a good victory. It’s an extremely demanding race, so winning here means a lot! “

These beautiful results gave the team valuable points in both ALMS and ILMC. But all was not easy … After receiving the new vehicles just a few days before qualifying, the team worked hard to be even in time to make a qualifying lap, without any real performance … experience of past victories allowed them to keep the 2 Lola on the track throughout the event. To confirm the 2010 ALMS-LMPC title, both cars scored big points for the ALMS championship. In addition, No.33 also opened its points counter on the ILMC board for a world title, which would be a first for the American team.

“We have invested so much in this race that it’s good to know that we have scored all those points there” specifies the Team Manager David STONE, “On can not stress enough what this team has done here this week.”

▌ IDEAL START FOR THESE 2 CHAMPIONSHIPS ALMS AND ILMC

The team is preparing directly for the next leg of the ALMS Championship to be held on the famous urban course in Long Beach, California on April 16th. In ILMC, the race to come is the 6 Hours of Spa-Francorchamps, May 8th. And this event will be the first displacement of the Level 5 team on the Old Continent! Moreover, the new European base of the team settled near Silverstone in England. And the 3rd Lola HPD LMP2 is preparing in the greatest secrecy, to be used in the European and Asian rounds of this fabulous championship unlike any other.

In the meantime, you can relive this great adventure of the 12 Hours of Sebring through these two exclusive reports in the heart of the action and victory: 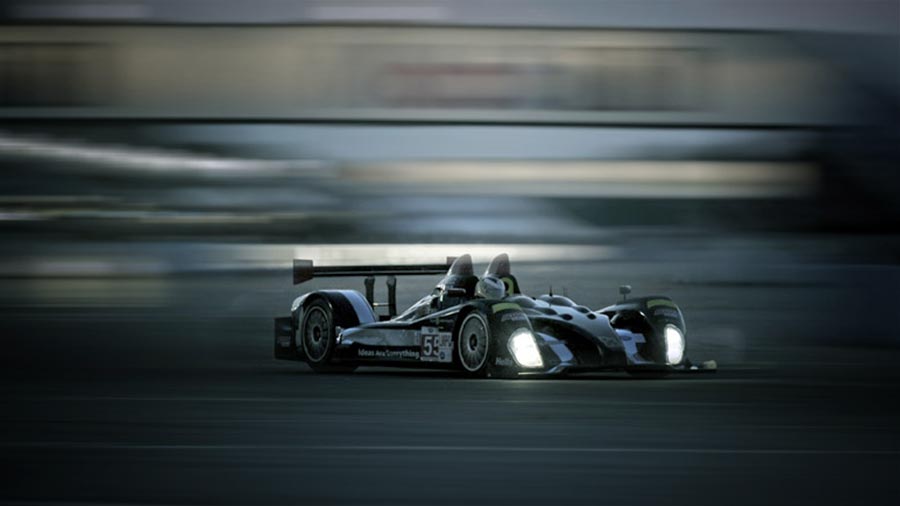