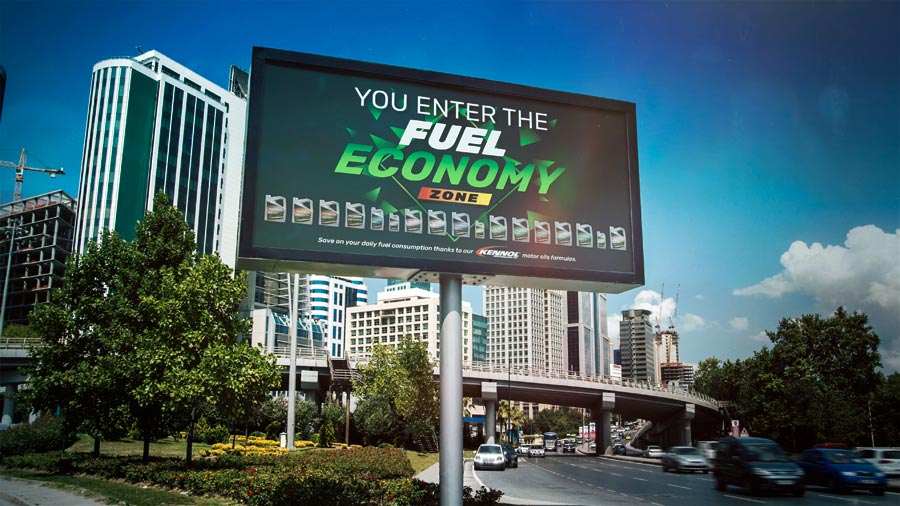 After many research and optimizations, we are able to officially launch the true figures behind our fuel economy products. Many people believe there is only a green hype behind this concept. But independent results from accredited bodies show the truth: KENNOL motor oils make you save money.

Fuel Economy caused by motor oils has long been a concept, for most people. It’s somehow like global warming: we know something is going on, but even very important scientists keep arguing about the human impact. So who are we, us simple human beings, to believe one or the other?

Let’s be clear with today’s topic: Fuel Economy is a reality, thanks to motor oils like KENNOL‘s.

The initial concept is simple. If the motor oil lets the engine work more freely, it will need less power to work. If less power is needed, it means that less energy is necessary. And if less energy is necessary, the engine uses less fuel, and we have an engine making fuel economies. This effect is linked to chosen additives, viscosity of oils, lower grades, and several other details that can have a great impact, as you will see hereunder. 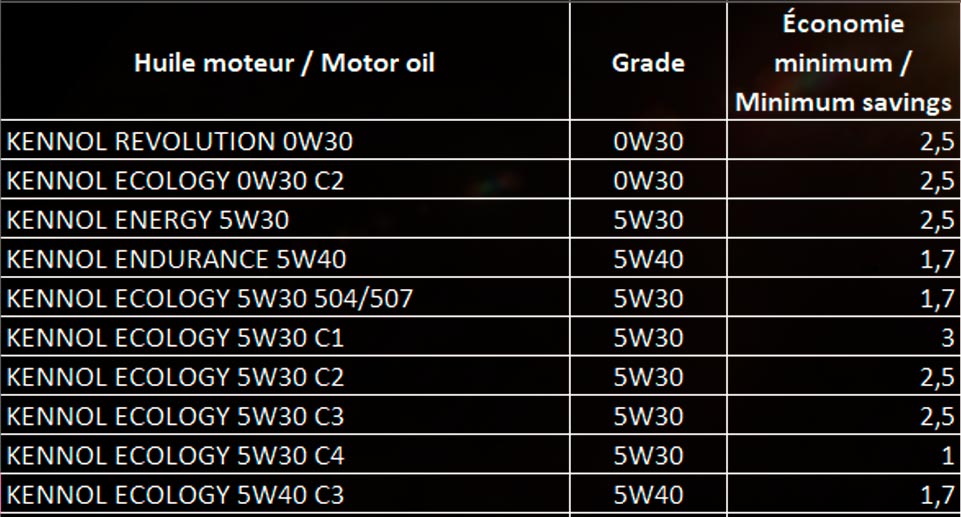 In order to prove our products virtues, we’ve sent oil samples from our factory to be tested on independent engines, reviewed, monitored. The procedures have been conducted under the very official CEC-L-54-T-96 norm. And the whole operation is validated by the NF EN ISO/CEI 17025-2005 norm and the COFRAC (French Commity of Accreditations).

Now, take the evolution of cars consumption into consideration. This might open your eyes about the real economy a great engine oil allows. Even more in comparison to the «poor» performance evolution of engines, despite all manufacturers marketing campains to explain the cars prices raise. 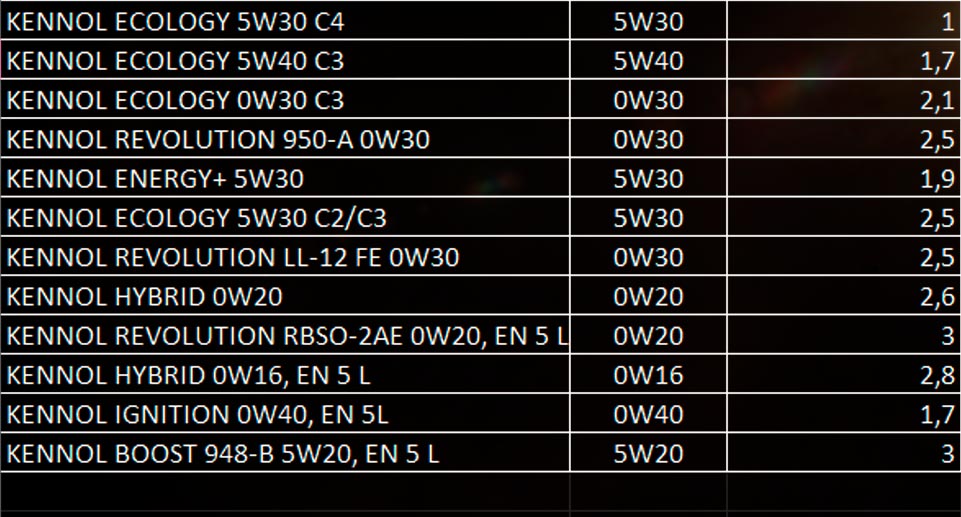 With just 1 drain, KENNOL makes you save at least 3%.
And this experience has been conducted on the basis of the lowest results. Just to play it safe. So, depending on your car condition, your driving, your fuel choice, and many other details, this data is the LOWEST economy you’ll make. But chances are good that your figures will be better. And your savings too, since European fuels prices have raised by around 50% since January 2010. 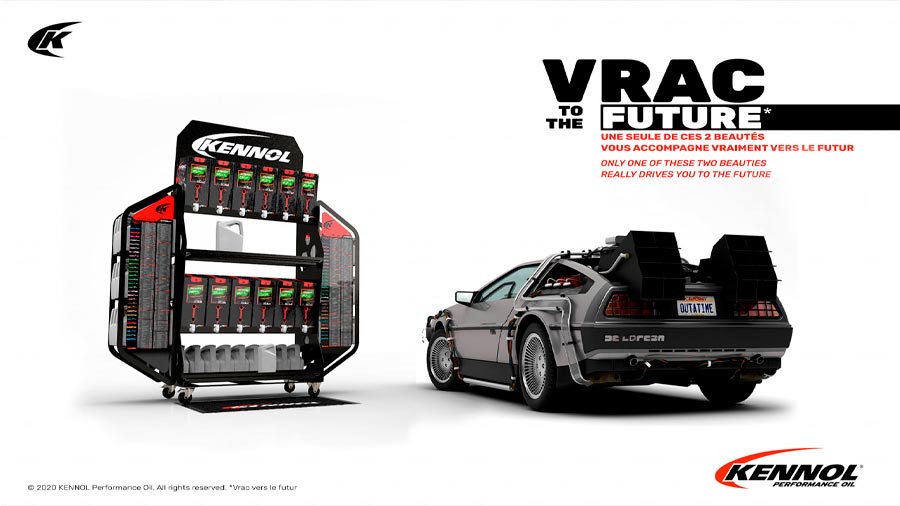 BULK TO THE FUTURE: THE BARTENDER²